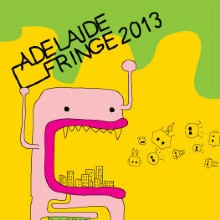 The Adelaide Fringe Festival is Australia’s largest arts event and one of the most diverse arts festivals in the world, renowned for fresh ideas, spontaneity and fun.

Adelaide Fringe literally takes over the entire city with 900 events staged in pop up venues in parks, warehouses, lane-ways and empty buildings as well as established venues such as theatres, hotels, art galleries, cafes and town halls.

Final dates for SNARED are to be confirmed but the festival itself runs from 15th February 2013 to 17th March 2013.